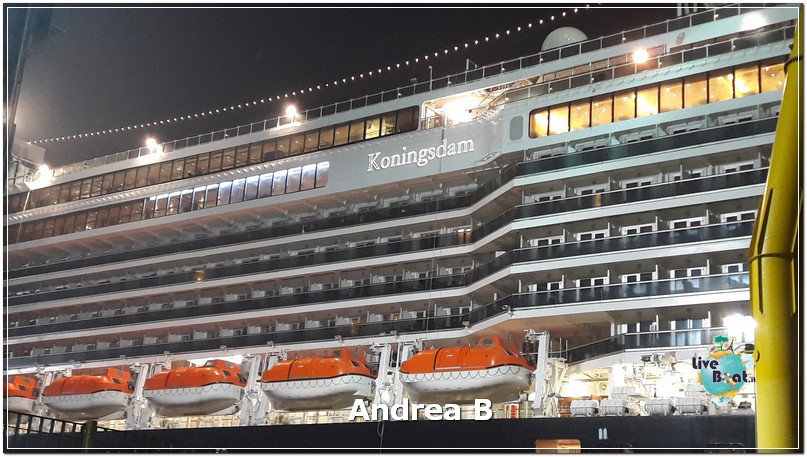 The new ship will officially be presented on Saturday April 2 in a Handover Ceremony.

At 99,800 gross tons, almost 300 meters long, with accommodation for up to 2,650 passengers on board in more than 1,300 cabins, 70% of which with private balcony overlooking the sea, the new unit will not only be a new “Pinnacle” class ship, but also the 15th unit realized by Fincantieri for Holland America Line, complementing its fleet, six years after the debut of “Nieuw Amsterdam”, delivered in Marghera, also, in 2010.

“Koningsdam” is characterized by a modern and contemporary style which blends perfectly with the traditional elegance which distinguishes all the ships in the fleet. The design was created by two of the world’s major and prestigious architecture studios, Tihany Design and Yran & Storbraaten, with “the architecture of music” being an inspirational element for the design of many public areas.

The “World Stage” theater has a circular LED wall of 20 meters in diameter, never built before on a ship, which spreads 270 degrees and allows the viewer to fully immerse in the show. The high decks of the vessel open up in the “Lido Pool” area, spread over two floors and characterized by a cutting-edge sliding coverage with a wide gazing surface which allows for use of the area in every weather condition. The “Greenhouse Spa” reflects the excellence of the options dedicated to wellness and relax, with thermal suites and steam baths with an expansive sea view. 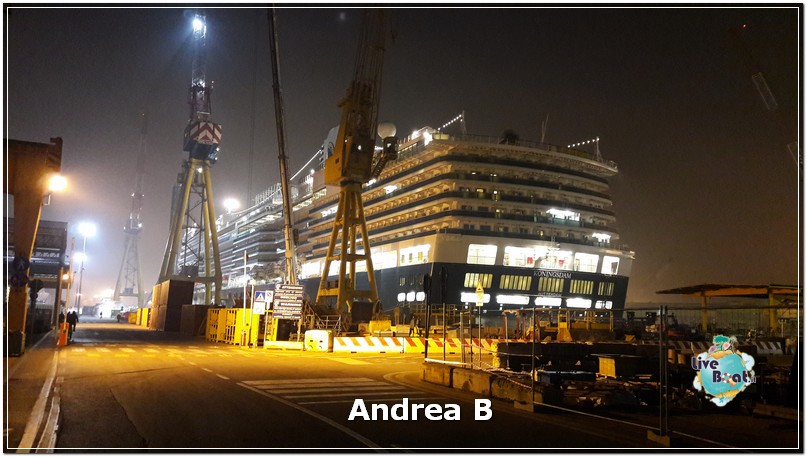 The ship’s technology is aimed at optimizing energy efficiency and minimizing environmental impact and it responds to the most demanding and current safety regulations.

The partnership between Fincantieri and the prestigious Holland America Line brand, marked by premium cruisers among the most active in travelling the world, is further enhanced and strengthened with “Koningsdam”, which flies the Dutch flag, just like all the Holland America Line’s ships do.

Fincantieri has built 72 cruise ships since 1990 (including the ship delivered today), 60 of which for Carnival’s different brands, while other 13 ships are currently being designed or built in the Group’s yards.

Fincantieri is one of the world’s largest shipbuilding groups and number one by diversification and innovation. It is leader in cruise ship design and construction and a reference player in all high-tech shipbuilding industry’s sectors, from naval to offshore vessels, from high-complexity special vessels and ferries to mega-yachts, ship repairs and conversions, systems and components production and after-sales services.

Headquartered in Trieste (Italy), the Group has built more than 7,000 vessels in over 230 years of maritime history. With

almost 21,000 employees, of whom approximately 7,700 in Italy, 21 shipyards in 4 continents, today Fincantieri is the leading Western shipbuilder. It has among its clients the major cruise operators, the Italian and the U.S. Navy, in addition to several foreign navies, and it is partner of some of the main European defense companies within supranational programmes.